For Sale
Market Stats
Info About

Hire Me to Sell Your Home!

What is Your Home Worth? A Quick Overview of Mesa, AZ 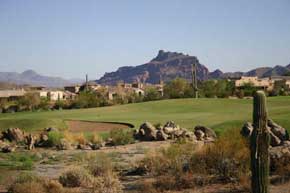 Mesa, Arizona is the third-largest city in Arizona with a population of just over 451,000 people. This bustling city is home to over 123 defined neighborhoods and possesses a diverse housing stock covering a wide range of price points and types. Whether you are just starting out or downsizing and hope to invest in a modest home or you plan to invest millions in a luxury property, it’s here for you in Mesa, AZ.

It’s this abundance of housing options – along with a diverse economy — that attracts many young professionals to the area. Over 40-percent of Mesa residents are between the ages of 18 and 44.

And the character of Mesa reflects the youth and energy of its population. Great restaurants, popular nightspots, and trendy boutique retail outlets – as well as recognizable chain outlets – fill downtown Mesa and are spread throughout the rest of the city. This makes it easy for friends to get together and socialize over dinner and drinks every night of the week.

The city of Mesa – due to its long east to west span – is normally divided into East and West Mesa with Center Street being the accepted point where West Mesa becomes East Mesa. 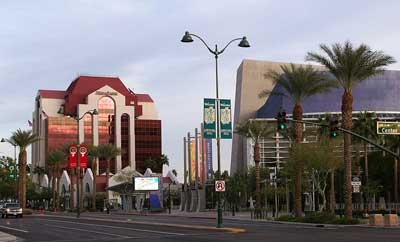 Property values tend to increase as one moves out from the center of Mesa, with the most highly sought-after luxury properties typically found along the outskirts of the city.

Entry-level and affordable housing options for those just starting out or choosing to downsize are found in the area south of the two college campuses in Mesa – the polytechnic branch of Arizona State University and Mesa Community College.

To the north of University Drive, the property values – as well as the size of the homes- tend to increase.

As mentioned, luxury estates tend to occupy the outskirts of Mesa — especially the northeastern and eastern sections of the city. These large estates often feature oversized lots or even acreage. The homes are magnificent and come equipped with all the latest amenities and custom features discerning luxury home buyers crave. The asking price for these estates – when they happen to come on the market – can exceed five million dollars.

The Weather in Mesa

Mesa benefits from the absolutely gorgeous weather that is almost commonplace in Arizona. After moving to Mesa, people quickly forget what “cold and rainy weather” is. The excellent weather means that the people of Mesa get to enjoy being outside 365 days a year.

Mesa offers many career opportunities across a variety of industries – both blue and white-collar. Banner Health Systems – a nonprofit healthcare provider — is Mesa’s largest employer employing over 8,000 people. The Mesa Public School System is the second-largest employer, and The Boeing Company rounds out the top three.

In addition to these large-scale employers, Mesa has a thriving economy built on a variety of small businesses. Regardless of a person’s skill set, there are opportunities within Mesa. With the addition of nearby Phoenix – the sixth-largest city in America – job prospects for those moving to Mesa are very bright.

What to do in Mesa

When it comes to filling the leisure hours, Mesa has plenty to offer. Surrounded by the Sonoran desert with the Superstition Mountains to the east, Mesa is the outdoor enthusiasts’ dream. Whether that involves hiking or riding through the mountains, tackling the desert in an ATV, exploring the Tonto National Forest, or cooling off at one of Mesa’s three recreational lakes, it’s all right here every day of the week.

Mesa’s cultural and artistic heart is Mesa Arts Center – Arizona’s largest art education center. Featuring five separate art galleries, a performing arts center, and a rotating series of installations, the Mesa Arts Center is one of the nation’s leading artistic incubators. Mesa’s appreciation and support of the arts extend beyond just the Arts Center. Mesa’s Main Street is lined with no less than 40 permanent sculptures for everyone to enjoy.

Restaurants and nightspots abound within Mesa. Most are concentrated in the downtown area and around the two campuses along University Drive. Here, visitors and residents can find cuisine from every culture known for their culinary contributions – just another example of Mesa’s appreciation for ethnic diversity. In addition to the restaurants and bars around the downtown area, there are plenty of hidden gems scattered throughout the community, but those might be a bit more difficult to find – but that’s half the fun, isn’t it?

I'm Here to Help You in Mesa

Mesa is a huge geographical area and is quite diverse. Let me help you find the right home in the right neighborhood for you.

What sets Brian apart from the rest – in our experience – are his sharp eye, negotiating skills, and judgment.
Gordon and Stacy Shockley, Buyers

Brian Adamski, Realtor
480-529-3122
About Me
In looking at the comparable sales with Brian, I wanted the list price to be lower, but Brian convinced me to list it a bit higher.
Amelia Autery, Seller